You will never be stuck for something to do in vietnam hanoi, where ancient and proudly preserved Vietnamese culture is felt most keenly by visitors, and progress wrestles with tradition in different districts of the city.

Ho Chi Minh MausoleumThe price agreed for this journey was 35,000 Dong ($2US) which is an absolute bargain for two reasons. First of all we got where we were going to and secondly we experienced the madness of sitting in the middle of Hanoi’s traffic (more than once I closed my eyes as we crossed junctions!). Anyway we survived and are here to tell the tale.

Below are the main Hanoi sights with a brief explanation and opening times. They are listed in the order in which we visited them. Opening Hours: Tuesday to Thursday & weekends from 8am to 11am
Closed: October & November (Opened in 2005 on December 5th)

This cold, grey block of marble is Ho Chi Minh’s final resting place where, in spite of his wishes to be cremated, his body lies in state similar to Lenin, Stalin and Mao, other great communist leaders before him.

It is difficult to appreciate the national reverence to Uncle Ho and pilgrims from all over vietnam travel to visit his mausoleum in Hanoi. There are strict behavioural rules and dress code at the monument for instance you cannot take bags or cameras inside, you must not wear shorts or hats and you must enter in silence. Every year the embalmed corpse returns to Russia for maintenance so the mausoleum closes for a couple of months. You can still visit the mausoleum complex when the actual mausoleum is closed as there is more to see. Read on. 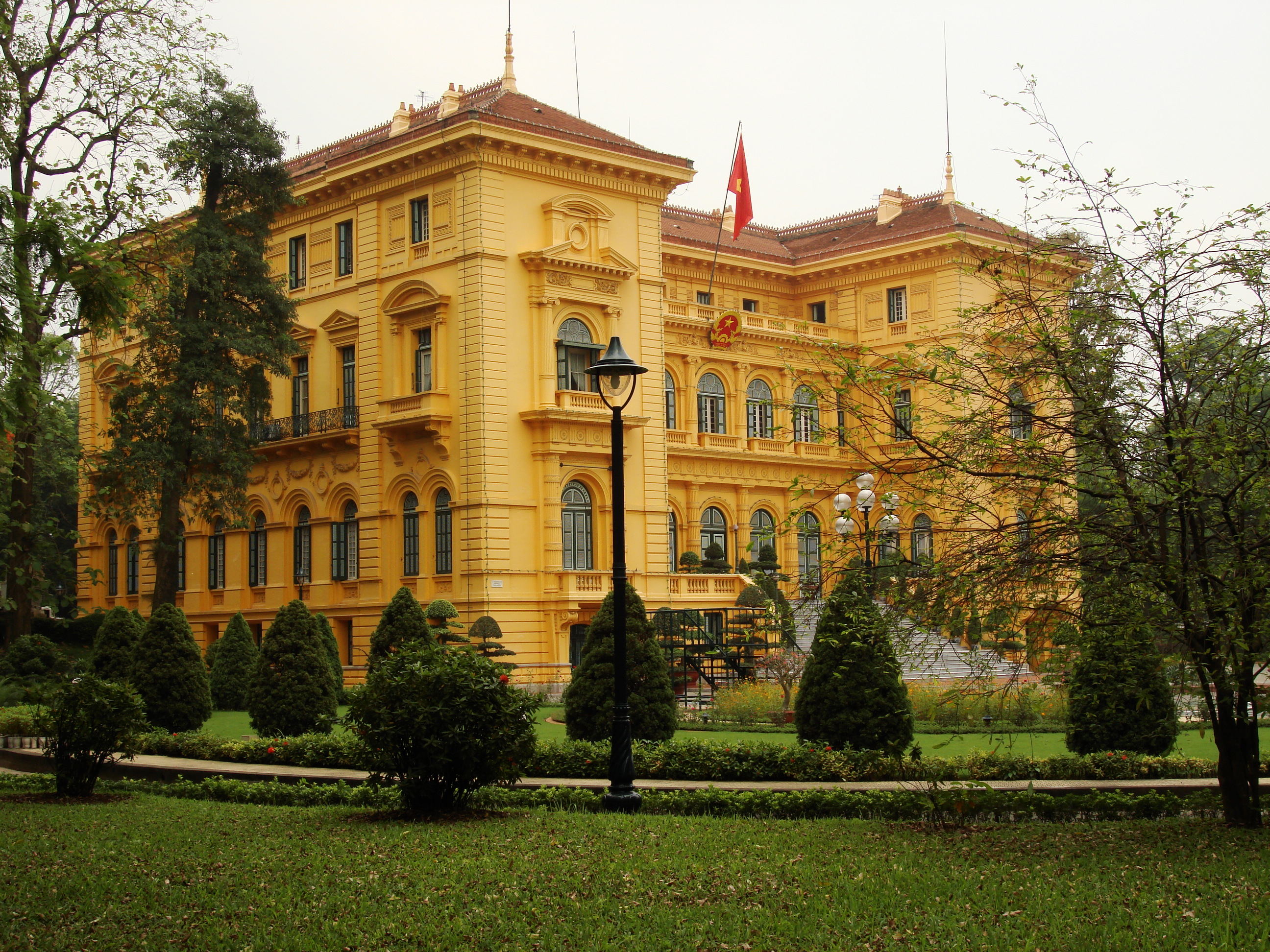 Take the path that leads behind the mausoleum (you’re unlikely to go wrong with all the guards around) and enter grounds where you’ll come to the large, yellow Presidential Palace which was the former home of the Governor General of Indochina.

Next you’ll come to a pond stocked with carp before arriving at the stilt house which was reputedly the home and workplace of Ho Chi Minh from 1958 until his death in 1969. It seems the area would have been invitingly open to US bombers.

Opening Hours: Daily from 6am to 6pm

Still within the complex continue beyond the gift shop and you’ll come to Hanoi’s One Pillar Pagoda which dates back to the 11th century.

As you’re heading away from the One Pillar Pagoda you’ll see the Ho Chi Minh Museum at the top of the steps ahead of you. This is a fascinating museum with displays of memorabilia and photographs showing the history of Vietnam’s and Ho Chi Minh’s fight against imperialism.

Leaving the museum we had decided to walk back to the old quarter via a few sights on the way. Approached by one of the men hanging around outside we were asked,”Do you want a motorbike?” “No thanks”, we replied. “What do you want?” was the next question to which I’m still formulating an answer. Having escaped the motorbike and cyclo riders we continued on and visited the following Hanoi attractions.

Opening Hours: Tuesday to Sun from 9:15am to 5pm

The evolution of Vietnamese art is shown on the three floors of this former French Ministry of Information building.

Opening Hours: Daily from 8am to 5pm

Directly across the road from the Fine Arts Museum is the back wall of the Temple of Literature which is a haven of peace away from the incessant traffic and attention of cyclo riders. It is architecturally interesting and was the site of Vietnam’s first university. Certainly one of the Hanoi sights well worth finding time for. If you’re here around lunchtime you must go to the KOTO restaurant on the street you’ve just walked along from the Fine Arts Museum. They offer an excellent Vietnamese menu and all the chefs, waiters and kitchen staff were street kids who have been trained to work there and a fine job they do.

After lunch at KOTO we walked back to the Hoan Kiem Lake which dominates the centre of the capital. A stroll around the water edge is a welcome break from the chaotic and claustrophobic streets of the Old Quarter. Cross the wooden bridge at the northern end of the lake which takes you to the Ngoc Son Temple.