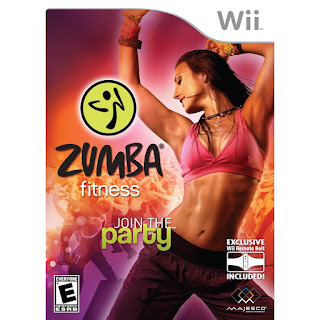 Zumba Fitness is a video game developed by Pipeworks Software and published by Majesco Entertainment based on the Zumba program. It is available for Wii with Wii Balance Board, PlayStation 3 with PlayStation Move and Xbox 360 with Kinect. The game was released in November 2010.

Zumba Fitness is an exercise game and program for Wii that taps into the Zumba dance-exercise craze that has swept the nation. Surprisingly challenging, and addictively fun, the 30 heart-pounding Zumba routines that make up Zumba Fitness utilize the motion sensing capabilities of the Wii Remote or Wii Remote Plus controller which work along with the exclusive Wii Remote belt, included with the game, to create a fun but result-producing workout. Additional features include: 4-player support, including a two-on-two co-op option; multiple skill levels along with a training level; multiple in-game instructors and venues.
Read more black friday laptop deals here 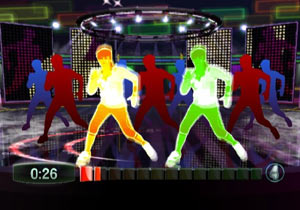 Dance Yourself into Shape with Zumba

Ditch your standard workout and bring a Zumba party right into your living room with Zumba Fitness for Wii.Zumba Fitness is an program based on the national dance-based exercise craze, Zumba. The secret of Zumba is its pairing of red-hot international dance steps with sexy Latin music which blend together to create an addictively fun, yet challenging exercise party focused on the joy of movement. The popularity of the workout has led to packed gyms and community centers all around the country, but now you and your workout/dance partners can join the party at home via your Wii.

Zumba Fitness uses the motion sensing capabilities of the Wii Remote or Wii Remote Plus controller to bring steamy, calorie-burning moves to the TV screen. The game’s primary play mechanic is the replication by the player(s) in real-time of body moves that are demonstrated by an on-screen virtual instructor. The core-centric nature of these moves means that gameplay for each player requires only one controller, which is enclosed in the exclusive Wii Remote belt included with the game. (The belt is also compatible with the Wii Remote Plus controller) On-screen color changes to a representation of the player in-game alerts you to the accuracy of your moves, while a countdown clock keeps you constantly updated on the time remaining in the routine. Zumba Fitness also includes fan favorite Zumba instructors Tanya, Gina and Zumba’s creator Beto, who together guide you through more than 30 routines that will make you forget you are even exercising. Together with four-player support allowing a friends join in the workout and an ever-present, infectious Latin groove, players have all that they need to dance the weight off and have a blast doing it.
Read more iphone 6s black Friday here